THE HEART OF THE MATTER:TO HEAT OR TO EAT?


Student Paul Dill (here) takes the  plight of  Longtown`s freezing tenants to the heart of Westminster and urges M.P`s to help. 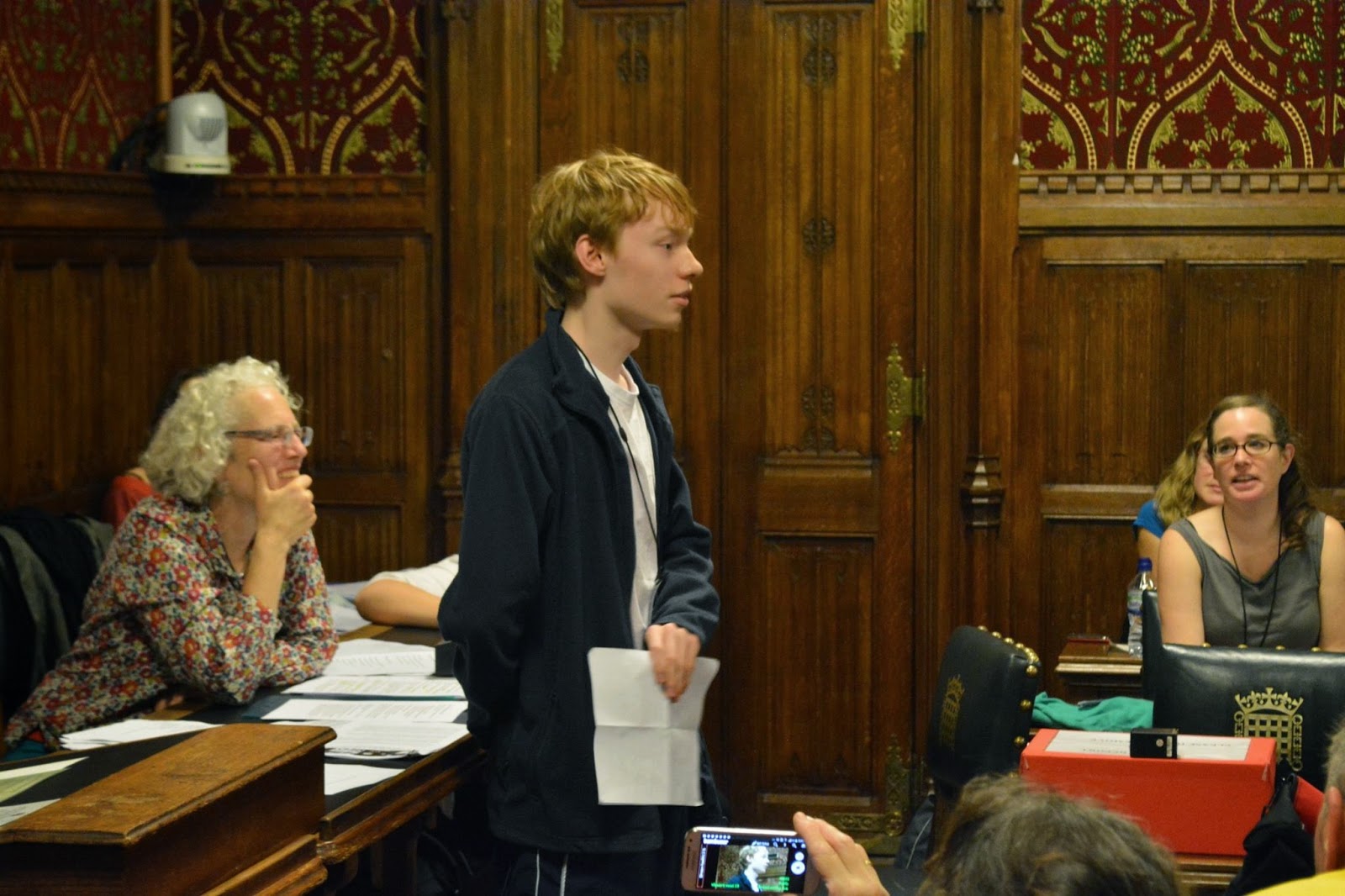 Twenty-year-old Paul is now hoping that  this appeal - in a speech he is giving in a House of Commons committee  room - will speed up an end of the tenants` two year  struggle to get Riverside Housing Association to face up to  its responsibilities to its tenants suffering in their ice-box homes.

Paul is a supporter of  Fuel Poverty Action, a national  group  campaigning against the injustice of cold homes.

He joined a Fuel Poverty Action London demonstration about fuel poverty , together with about 100 other campaigners from all over the country.They lobbied M.P.s outside the House of Commons and  then addressed them  in the committee room.

Paul is in his second  year at Lancaster University studying computer science and is also keen member of the Longtown tenants`campaigning group, Longtown Action for Heat.

In  his speech to the M.P.`s, Paul related  the story  of Riverside`s solar panels on the roofs of its tenants` homes and the dodgy boilers that went with them.

He told of the failure of a protesting petition, and the failure of complaints and protests to Riverside and to local councillors about the suffering caused by these dodgy boilers which produce heat  which no one can afford.

Paul also related the story of how his own family  was suffering.

“My nana and grandad are tenants. They did not want the solar heating system in their home. But like every else they were forced to take it and threatened with no landlord repairs if they didn`t.

"Now, because they cannot afford to heat their homes properly,
they have to make a choice between warmth or food.”

Back home in Longtown, Paul had this to say: “I was very impressed by all the speeches and by the way my speech was received.

"Everyone was very interested and offered  help and suggestions. I think that  by drawing attention of M.P`s to the awful plight of the tenants I may have done something to help them.”

Jimmy Robb, Chairman of Longtown Action for Heat praised Paul for his efforts. He said:

"He has done a wonderful job at Westminster in bringing the issues to a national level. We feel sure some good will come from it”.
at 13:10