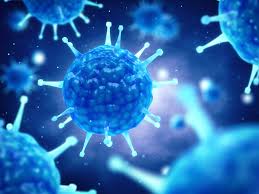 Not every virus came from China , 6,000  miles away. The Riverside virus, for example. That virus travelled in one instance only one hundred miles- from Liverpool to Carlisle.

Possibly because of this much shorter journey, some people would say, the Riverside virus is proving much harder to kill off than the deadly coronavirus from China now plaguing the world.

What then is the Riverside virus?. It gets its name from the Merseyside housing association of the same name that is spreading it
.
Riverside Housing Association was formed in Liverpool more than 90 years ago and since then the virus has spread nationwide as Riverside has expanded nationwide to become a housing giant owning 50,600 homes.

And what are the features of the Riverside virus?. Bossiness and dictatorship are the chief characteristics. Other features include gross inefficiency, absence of democracy  and any sort of accountability.

Handwashing may keep the coronavirus at bay. But handwashing is no prevention against the Riverside virus. Handwringing through frustration at Riverside`s appalling culture is a more appropriate reaction but of course is equally ineffective.

The virus arrived in Carlisle 18 years ago when Riverside Housing Association took over the city`s 8,000 council houses. It was not many months before the effects of the Riverside virus were being felt.

And arrogant announcements were made about closing down those community  groups started by the previous landlord, the city council.

Fortunately in Carlisle there were  major survivors of the Riverside virus attacks. Two community  groups in the city  have been successful  over many years in virus resistance   and have continued to campaign against Riverside.

They are Carlisle Tenants` and Residents` Federation which publishes this blog and the associated group, Carlisle South Community Association.

That association has just hit the front page of the  Carlisle weekly newspaper, the Cumberland News in a story which had the headline: “Major funding secured for new BMX track in Carlisle.”

The association in co-operation with the city council raised £30,000 for the track at Dale End Park in Petteril Bank. The track is expected to be built later this year.

“This is a major success for us” said a spokesman for the Federation.”It shows that we continue to be strong despite being attacked by the Riverside virus.

“Some time ago, Riverside told the city council that we would cease to exist. In other words, Riverside would ensure that we ceased to exist And that arrogant statement appeared in the council minutes.

“Those minutes badly need to be re-written.

“And Riverside needs a good injection of anti-virus democracy.”

Carlisle Tenants` and Residents` Federation publishes this blog. Information about the Federation is available on 01228 5222
at 14:38 No comments: 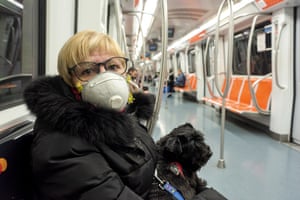 Another year, another takeover by big boots Riverside Housing Association. No worries about caronavirus halting  things.The  transfer of more than 1,000 homes appears to have gone ahead virus free.

Or has it? Critics might argue that there are gaping holes in the transfer arrangements. These holes might be the result of a “virus” say these critics.

Riverside which owns 5,600 homes nationwide says that the acquisition of the 1,175 homes, in Newcastle and South Shields, follows a successful bidding process and consultation period with residents.

But is that correct? Or has the”virus” been at work?

It is correct, says Clarion Housing Group of London which  sold the homes. Clarion is another big boots operator- the biggest housing association in the country.

Clare Miller, Clarion`s chief executive says in a press statement about the takeover: “Riverside has a strong existing presence in the north of England and an excellent track record, holding the highest ratings from the Regulator of Social Housing”

And how correct is that? Has the “virus” been active?

Part of  the press statement is correct…Riverside`s strong existing presence. But an excellent track record? And does Riverside have highest ratings from the Regulator of Social Housing?

Not correct says Carlisle Tenants` and Residents` Federation which publishes this blog.

The Federation is a longstanding critic of Riverside and fully understands why some critics of Riverside talk about a “virus”.

For about 20 years,  the Federation has held this Liverpool organisation to account  and finds that the track record is far from excellent.. Much of the Federation`s criticism has been recorded on the blog.

As for the so-called “highest” ratings from the Regulator of Social Housing, the blog recently published the following criticism of Riverside following its takeover last year of  the Workington-based Impact Housing Association:

“It therefore appears that, while the Regulator has been informed, they do not support the proposed ‘transfer of engagements’ and that the letter that the Impact chairman has sent to tenants is inaccurate and misleading.
“This follows information provided to tenants prior to the ‘takeover’ that I also thought was inaccurate and misleading”.
That criticism came from Mr Adrian Waite a former chairman of Impact.
Previously Mr Waite had warned of the dangers of a new agreement for tenants  planned by  Riverside.

Mr Waite  is  head of  Appleby-based  AWICS, a management consultancy and training company. He makes the attack in his company blog.

That attack did well in spotting the"virus".

Sadly, the "virus" has still to be killed off.

Carlisle Tenants` and Residents` Federation publishes this blog. Information about the Federation is available on 01228 5222
at 16:15 No comments:

EXTRAORDINARY OUTPOURING OF SUPPORT FOR THE HERALD


The fights
to save two newspapers 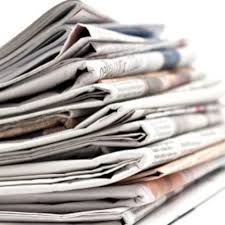 ”Romantic nut saves local paper” says a headline this week  in The Times newspaper above a story about a California newspaper.

The same  headline could equally apply to another newspaper now in danger five thousand miles away here in Cumbria. But in Cumbria that headline can only be dreamed of.

The two papers- the Cumberland and Westmorland Herald and The Mountain Messenger in California-  have  much in common. Both were founded within a few years of each other in the 1850`s and both serve a largely mountainous area.

Sadly, in recent years both lost buckets of readers and advertisers  to the internet and were eventually forced to announce that barring a miracle  they would soon be closing.

Fortunately, the closure notice was lifted in the California town of Downieville when Carl Butz bought the town`s Messenger and earned the headline name “Romantic Nut”.

No such luck in Penrith where town`s Herald  has gone into administration and will close after this weekend`s issue if a buyer is not found.

The crisis has  sparked off an extraordinary outpouring of dismay and  last week`s issue had   pages crammed  with dozens of readers` letters. And a campaign has been launched aimed at keeping production of the paper under the control of its readers.

The Save the Herald campaign is being led by a group  which includes Chris Cook, a senior research fellow at University College London and Julie Prior a former Penrith businesswoman who is a marketing specialist.

Mr Cook has extensive experience of business finance, insolvency issues and setting up community ventures. He can be contacted by email at savetheherald@gmail.com

Carlisle Tenants` and Residents` Federation which publishes this blog has joined the campaign because of strong links with the Herald through our secretary who some years ago was on the staff of another newspaper in Penrith  and worked with five of the previous eight editors of the Herald.

“Over the years, these editors built up  a publication that became  nationally recognised as one of the best local newspapers in the country”, said a spokesman for the Federation today.

“The Herald serves its  community superbly and was always ready to take up the cudgels in support of any deserving cause.

"On occasions in the past, the Federation used the letter columns of the Herald to hold to account the giant Carlisle landlord, Riverside Housing Association of Liverpool .

“We also used the columns to criticise other autocratic and non-accountable housing associations including the Carlisle - based Two Castles association.”

Carlisle Tenants` and Residents` Federation publishes this blog. Information about the Federation is available on 01228 52227
at 04:46 1 comment:


A great divide fueling  the housing
crisis
In  Whitehall and in town halls throughout the country the year 2020 promises to be significant for  housing and the crisis it faces.

In Whitehall we have a new government in place and here in Carlisle also there has been big changes recently as a  new party took control of the city council.

Those working for housing associations, councils and private builders are waiting with bated breath to see just how central to Boris Johnson’s new government housing will be.

And in Carlisle, the waiting is for just how successful the opposition Labour Party will be  in its campaign  to get council house building going again in face of refusal by the controlling Conservatives.